At the biennial conference of the EuroMAB Regional Network within the UNESCO MAB program’s world network of biosphere reserves that took place in early April, the CaveMAB initiative was successfully promoted and gained new partners from Slovakia and Poland. The members in attendance decided on continuing outreach to BRs across the globe and focus items for future work during the UNESCO Karst 2020 conference that will take place at Mammoth Cave Area Biosphere Reserve USA, May 18-22, 2020.

This years’ EuroMAB conference was held by the Dublin Bay Biosphere under the slogan Local Actions for Global Challenges from April 1 until 5 in Ireland. During the whole week representatives of Karst (and Reka River Basin) BR and Mammoth Cave Area BR promoted the CaveMAB initiative among the participants via informal talks and flyers, inviting them to visit our website, join the initiative, and attend the informal meeting organized on April 4 in Dublin castle. 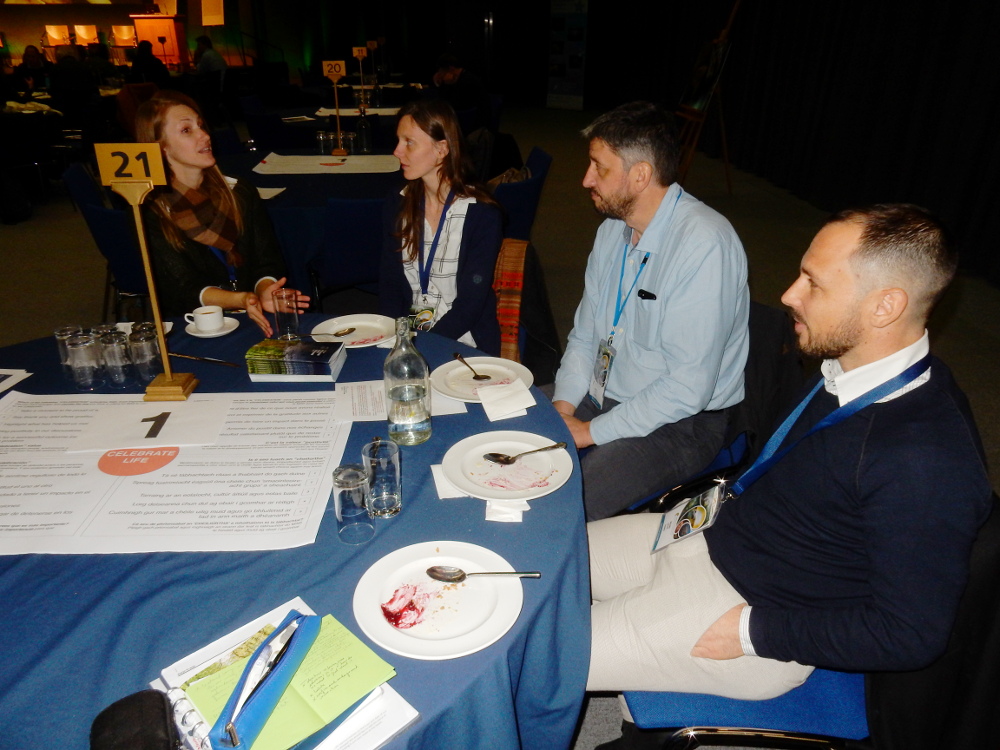 In collaboration with Mammoth Cave Area Biosphere Reserve two students from Western Kentucky University, Lily Hamm and Emma Poole, held a presentation during the Partnerships with University Workshop on April 3. They presented the CaveMAB initiative “as yet informal but evolving cave and karst focused MAB communication network in cooperation with which they have undertaken a multi-year, parallel analysis of cave and karst resources under the MAB umbrella. Foreseeing the analysis and the resulting database as a platform to strengthen communication and identify collaborative opportunities, not only among cave/karst biosphere reserves but between several of the major science and conservation programs such as WHC and Geoparks.”

Representatives of Lower Morava BR (Czech Republic) and Dordogne Basin BR (France) attended the informal meeting organized by Darja Kranjc from Karst BR (Slovenia) and Lee Anne Bledsoe from Mammoth Cave Area BR (USA) on April 4. The representative of Tatra BR (Poland) ran in the room just as the meeting was ending wanting to join the initiative. During the conference Polana BR (Slovakia) decided to join the group as well. Pilis BR (Hungary) confirmed their collaboration. Several representatives of other national MAB committees and the ones present at the meeting invited other BRs with caves in Europe to join. It was agreed that the interested BRs should be asked for presentations of their activities concerning caves/karst at the upcoming UNESCOkarst2020 conference during which two workshops should be organized. One dedicated to the establishment of the CaveMAB Network on the global level and the other dedicated to networking with multi-designated areas under the auspices UNESCO (MAB, WHC, GeoParks, Ramsar). 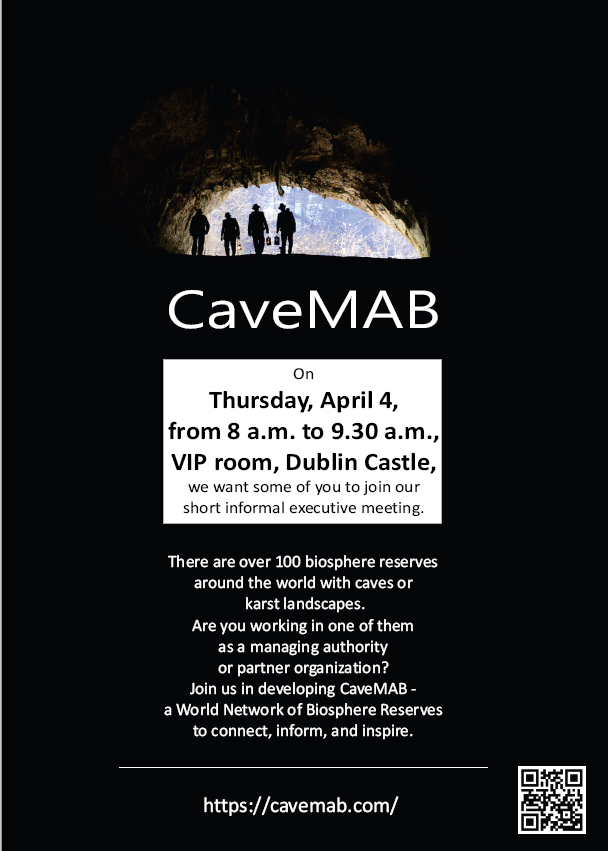