The Tata Mountains located in the centre of the Western Carpathians, constitute the highest massif within the whole Carpathian Range. Though they are much lower than the Alps, they show a truly alpine character and landscape. The Tatra Mountains have shaped culture, art, tradition and the tourist industry in the region and still have a huge impact on the development of the area.
The Tatra Transboundary Biosphere Reserve (TTBR) was created in 1992 and connected the Polish and Slovak part of the Tatra Mountains. The total area of TTBR is 134 448 ha. Originally polish part of the reserve was totally located within the borders of the national park. Now The Tatra National Park is the heart of reserve. Better cooperation with local governments and extending the border of polish part of biosphere reserve are the top two challenges facing this BR.
In the territory of the Polish Tatras there are more than 840 caves of which the longest has over 23 700 m of passageways and the deepest cave Wielka Śnieżna excseedes 800 m. 6 caves are accessible for general visitors and 25 for experienced cavers. 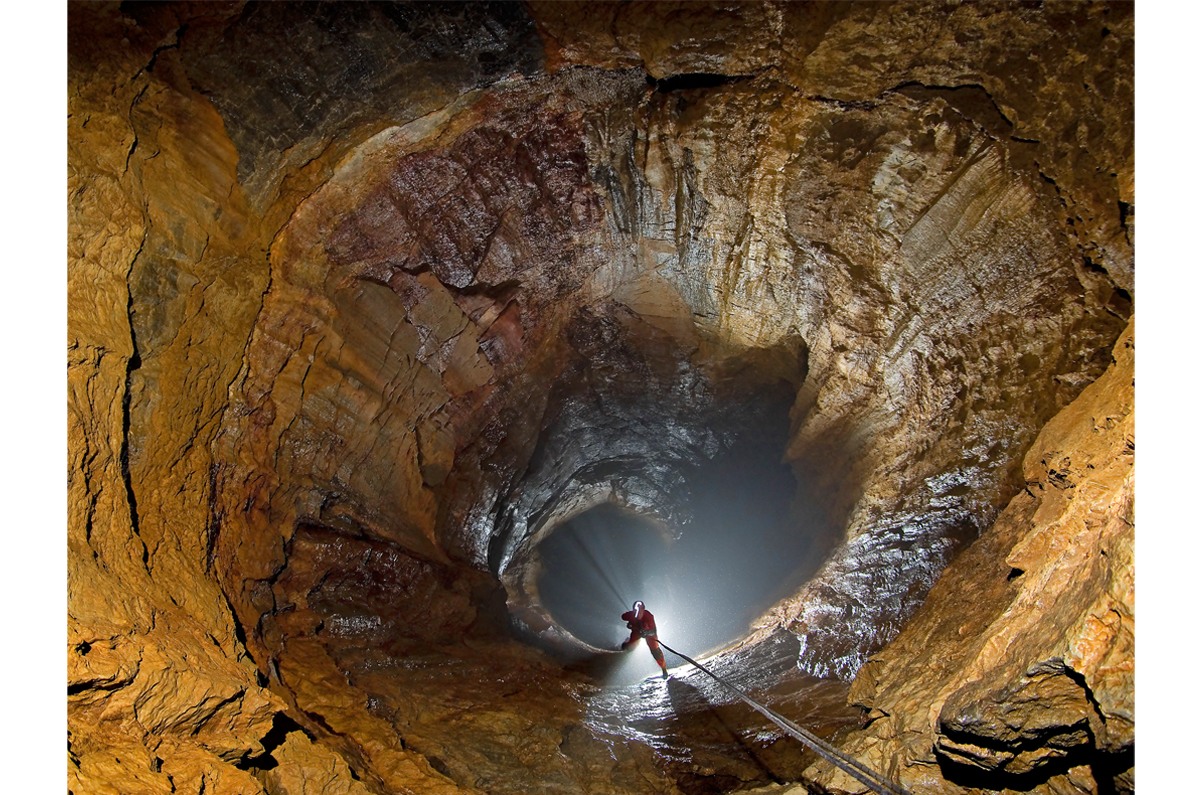 Wielka Studnia – Pit Cave in the Wielka Śnieżna: The Longest and the Deepest Cave in Polish Tatras (© 2011 Jan Kućmierz)