The Pilis Mountains were built from Triassic carbonates and are attached to the Szentendre-Visegrádi andesite mountain in the North-East. Given their geology, the Pilis Mountains are rich in caves. In the area of the PBR around 350 caves can be found. These range from simple, short, “”dwelling-size”” halls (which also served as home for the ancient man) to complex cave systems, parts of which haven’t been fully explored yet. The caves and sinkholes are to be found all across the hills; the richest area seems to be the Pilis-tető mountain.
Hungary’s third longest and fourth deepest cave known is in the PBR and it is the Ariadne Cave System, opening at the foot of the escarpment of the Csévi cliffs. It is 17.300 meters long and 204 meters deep.  According to the archaeological finds, the main entrance section of the system gave shelter to several prehistoric groups of people from the Neolithic age. Its chambers are connected by shafts and narrow passages into a maze. Its formations suggest that the original thermal water cave also functioned as a karstic spring cave at a time. The cave is strictly protected, and limited accessible even for cavers.
The most famous cave of the region is the strictly protected Sátorkőpusztai Cave which opens near the mining town of Dorog. Discovered by quarrying in 1946, it is a typical cave of purely thermal water origin. A bizarre chain of spherical cavities constitutes the 354 m long cave as if we were inside a bunch of grapes. When it was discovered, its walls were covered by a fusion of popcorn-calcites, aragonite needles, and, mainly in the lower great hall, thick gypsum accumulations.
Unfortunately, by today several lootings have left the cave but it is still unique and vulnerable. Its 200 meters long upper section can be visited occasionally by small group ecotourism. 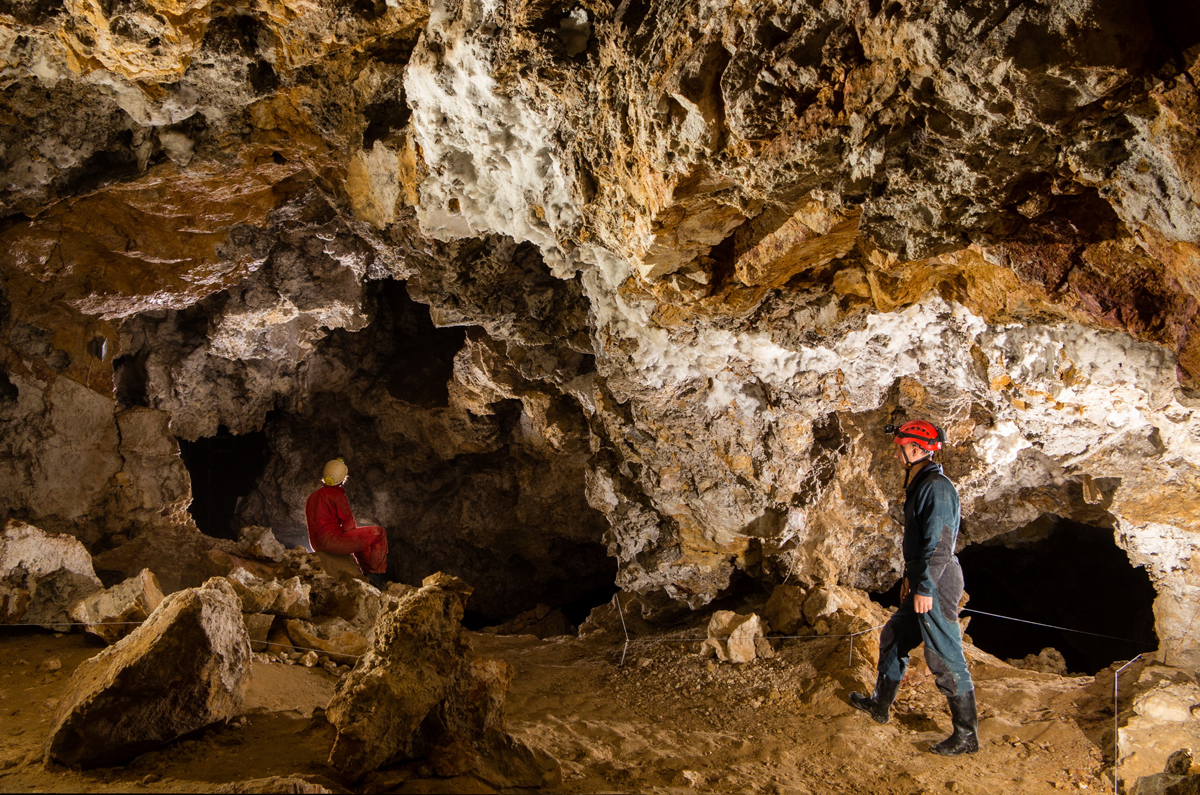 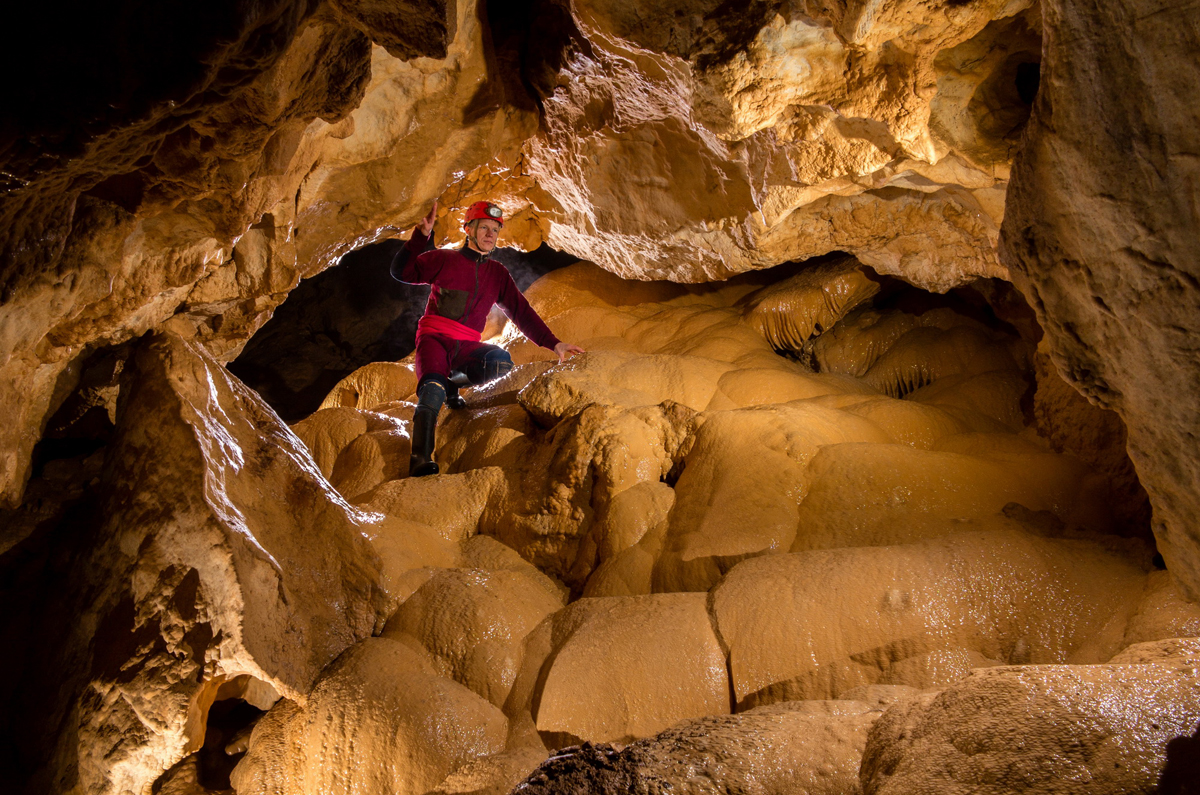 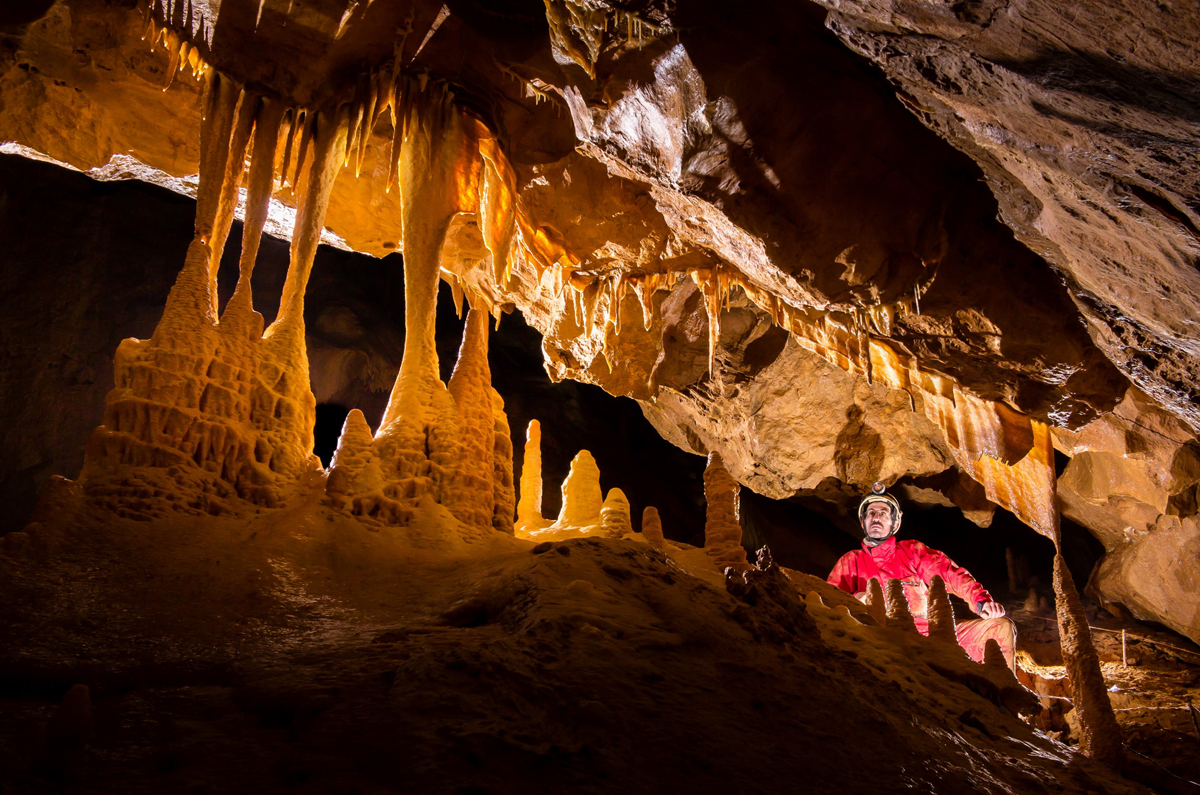