Best Practices in Protecting and Managing Cave and Karst Waters

Best Practices in Protecting and Managing Cave and Karst Waters

The 2022 UN World Water Report highlights groundwater as central to the fight against poverty, to food and water security, to socio-economic development, and to the resilience of societies and economies to climate change.

In recognition of the UN Year of Groundwater, the continued celebration of the IYCK and CaveMAB’s #Together for Caves and BRs campaign the CaveMAB Network organized a free, interactive webinar series entitled Best Practices in Protecting and Managing Cave and Karst Waters.

A total of 80 participants heard from four professionals around the globe working on water resource issues in Biosphere Reserves and other protected areas and discussed the use of good science to support the management of UNESCO sites with vulnerable cave and karst systems.

Below you can find the links to the session recordings.

A bottom-up approach for the protection of urban groundwaters in a world’s tourist destination (Cancun, Mexico). 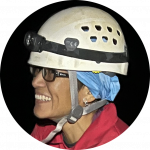 Archaeologist and Coastal Oceanographer from the Yucatan Peninsula, Mexico. As researcher of the karst landscape, Ana works with a variety of stakeholders to better understand the values and threats associated with the limestone caves and sinkholes of the region.

Quintana Roo (southeast Mexico) shelters an underground aquifer of more than 2,000 km of cave passages and the world’s second largest cave system (Sac Actun with 263 km). However, not many know about this. Nevertheless, Cancun (in its Caribbean seaside) is known as a world-class tourist destination. Ironically, until very recently Cancun’s developing plans had omitted the existence of urban caves and karst waters. Intentionally avoiding the unidirectional path of Science, we propose to use a Multiple Evidence Based approach (MEB) to build dialogue and collaboration with three stakeholder groups: local managers, cave explorers and scientists. Build new knowledge and a more enriched understanding are key goals to achieve. We state that this is a bottom-up process for fostering interest and commitment for the protection of groundwater. And a way to organize and develop “community informed” knowledge to share with the public, governmental entities and decision makers. 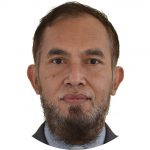 Chairman of Karst Commission-IGU, Head of Doctorate Program in Environmental Sciences, Universitas Gajdah Mada. Trained in physical geography and environmental science. Since 2000, have been involved in many research projects on karst geomorphology, hydrogeology, carbon/nutrient cycle, landscape ecology, and geopark. Supervising regulation and karst environmental management practices in the China-ASEAN region, including involved in some international karst management guidelines.

Gunungsewu karst extends from Yogyakarta Province to East Java Province and is known as Indonesia’s most populated karst area. Four caves with underground rivers become the main sources of water supplies. The spending on the water made up 7% of their monthly income. In some parts, the xpenditure to buy water from a water vendor exceeds school fees and health/medicine. People adopt several strategies in using water, such as collecting rainwater, taking animals to drink in telaga (doline pond), connecting to piped water, accessing public water storage, and buying water from water vendors. Dry field cultivation is the main livelihood and adaptation strategy in the karst area of Gunungsewu. To secure necessities, people make a living by cultivating cash crops on hills, slopes, and karst valleys/karst depression, migrating to nearby cities during the dry season and working on informal jobs nearby whenever available. They grow multiple crops for subsistence living, i.e., rainfed rice, cassava, groundnuts, maize, soybeans, and vegetables. In addition to seasonal crops, local people also practice agroforestry. Farmers mainly have teak plantations. Besides, acacia and mahogany are planted for supplying firewood and building materials, and occasional animal fodder. Raising livestock is the third livelihood of the people in the karst region. Cattle are usually raised for medium-term (1 or 2 years) saving. People sell their cattle for predictable and regular expenses or other secondary needs such as making gifts during relatives’ wedding parties or giving birth. Migration is the other adaptation strategy for Gunungsewu karst inhabitants to cope with difficult access to water sources and limited land resources. People move to other cities temporarily or permanently. The migration pattern is usually seasonal; when agricultural work is idle in the dry season, people move to nearby urban areas. Recently, the new living in some parts of the Gunungsewu karst is in the tourism sector. Among the tourist destination are underground river caves. Local communities make use of the underground river for cave-tubing activities. 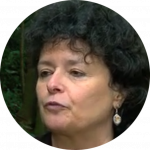 Biologist, Master Degree (1977) in Zoology, Doctorate (1987) in Biological Sciences (1981) by the Institute of Biosciences of the University of São Paulo- IBUSP. Professor at USP from 1981 to 2015, Full Professor from 2006 on. Taught courses on Zoology of Vertebrates (Graduation), and Subterranean Biology and Bioethics and Conservation (Graduation and Post-graduation). Professor of Post-graduation course at the IBUSP from 1989 to 2015. Head of the Department of Zoology – IBUSP and Director of the Marine Biology Center – USP. Expertise in the field of Zoology and Subterranean Biology, with publications and supervised studies on subterranean biodiversity, taxonomy, ecology, behavior, biology and evolution of cave fishes, biology of cave invertebrates, bat ecology, conservation of subterranean systems and bioethics. Currently, coordinator of the Brazilian Program for Bat Conservation and member of the Council of the Speleological Patrimony of the State of São Paulo.

Strong ecological filters restricting effective colonization and determining particular selective regimes characterize subterranean habitats. Consequently, taxonomic diversity (species richness) is low, but divergence rates tend to be higher, leading to higher levels of phenotypic disparity. Likewise, phylogenetic and dark diversities tend to be higher in subterranean communities. Spots of total diversity (troglobites + troglophiles + trogloxenes) frequently do not overlap with spots of high diversity of troglobites. Among Brazilian karst areas, spots of high total diversity include São Domingos karst area (GO). On the other hand, the main spots of high diversity of aquatic troglobites are located in the Una Group and Serra do Ramalho (BA), and Serra da Bodoquena (MS); the most specialized troglobites live in the phreatic zone. São Domingos is also a spot of high diversity for troglobitic fishes. Highlight should also be given to the troglobitic fish population of the Carstic Area of Alto Ribeira (SP), located in the most conserved remnant of the Atlantic Forest of Brazil. These areas are included in Brazilian Biosphere Reserves, thus a priority for study, conservation and adequate management of subterranean waters.

Decline of ice in caves in the Tatra Mountains as an indicator of climate change. The case of Ice Cave in Ciemniak, Poland. 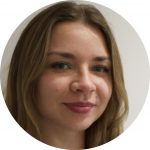 Zuzanna Palińska, Adam Mickiewicz University, Poznań: Geography student, specializing in Hydrology, Meteorology and Climatology. Member of projects regarding the decline of ice and snow in caves. Speleologist, member of the Polish Mountaineering Association, participant of caving expedition in the Albanian Alps.

In the Tatra Mountains, all of the approximately 950 caves are located within the Tatra National Park. Six of these caves are available for tourists, while 25 are reserved only for cavers. Forty-three of caves in the Tatras are known as ice caves. In each of them over the last 30 years, the tendency to decrease of ice have been observed. The best example of that phenomenon is Ice Cave in Ciemniak. Studies regarding the ice mass balance have been conducted there since 1922. Recent calculations from the 2004 to 2009 show that the annual ice mass loss reach up to 71 m3, while in some caves the perennial ice disappeared completely. This negative ice mass balance might be a reflection of an increase in mean annual temperatures. What is more important the degradation of the ice mass is in line with the global trend of ice cave mass degradation.